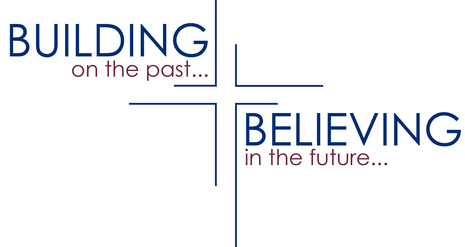 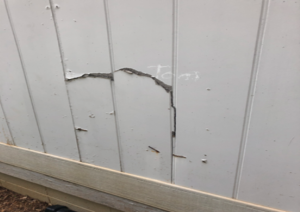 It has been more than 25 years since the last major renovation of the church building with very little upkeep prior to the past 5 years. The deferred maintenance has taken its toll with inoperative HVAC units, widows, and doors. Internal flooring is stained and frayed. The external façade of the church is dreary and suffers from water damage due to faulty gutters and a roof well past its 20-year life.

In 2017 the Vestry commissioned a survey of our physical plant to assess current repair needs and other potential projects. The Vestry accepted the committee’s report and financing plan at a special retreat in December 2017. The proposal and financing plan was presented to the parish at its Annual Meeting in January 2018.

The 100th anniversary capital campaign items presented to the Vestry were combined and divided into two phases and a list of Special Projects. Phase I items are considered essential and need our immediate attention. The Phases II parking lot project is considered a future endeavor.

The Special Project List contains two items that we hope we will be able to fund through generous giving. The other project list contains items that we will hope will appeal to individuals who may want to specifically fund one of them after the Phase I and Special projects are met. 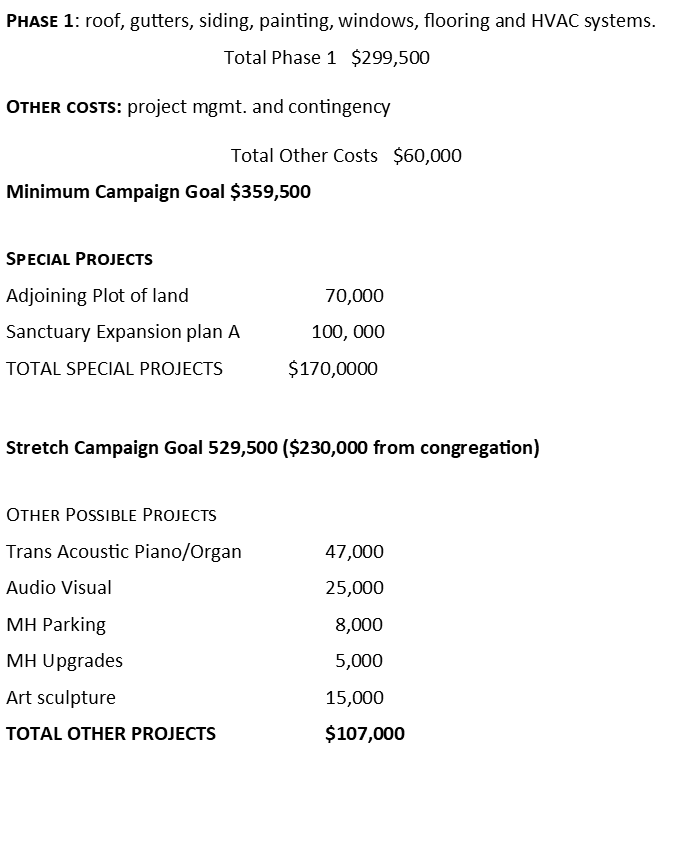 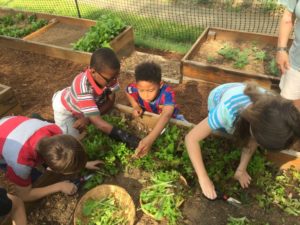 We recognize that the generosity of members of Trinity has been tremendous. Trinity has raised a significant amount of money in the past over years for the renovation of the kitchen and the new playground and outdoor gathering space.

That is why we be applying for a $300,000 long-term loan from the diocese which will be services with rent from the vicarage. That still leaves a minimum of $60,000 which needs to be raised from the congregation. We are hoping that we might raise as much as $230,000 which will allow us to move beyond maintenance items and add new capacities through a land purchase and expansion of our sanctuary.

How You Can Help

Most stewardship consulting will suggest that a parish such as Trinity should be able to raise between one and three times its annual pledge base. Our pledge base for 2018 is $225,000. We have a goal of raising $230,000 from the congregation. Individuals making a pledge to this capital campaign have this option of paying their campaign pledge over the course of one, two or three years.

We recognize that parishioners will be able to give differing amounts. One model we suggest is to think about your current pledge and ask yourself if you can give one third of that amount this year and in each of the two subsequent years as well. If most parishioners approach their campaign pledge in this way, it may well prove both doable for them and produce a successful campaign for the parish.

You can support the ministry of Trinity Church by placing cash or checks in the offering plate during Sunday services, or by mailing checks, made out to “Trinity Episcopal Church” to the church office

As a convenience, we are also set up to accept donations online, through PayPal. This method will allow you to give with a credit card, in any amount you wish. You may give a one-time donation or setup a recurring monthly donation. We use the PayPal.com giving tools, so your donations are always safe and secure. If you choose to use this method, please type “Capital Campaign” in the “Note” section of your donation.

We would ask that you kindly add 2.8% to your donation to cover the credit card fees.